1. What is your favourite social media outlet?
Facebook is still the first thing I check when I go online...but I also love Twitter for keeping up with my favourite celebs (even though I don't use it myself)

2. Do you subscribe to any daily news reads?
No, I don't

3. Favourite magazine to have by the pool?
Probably something like Marie Claire or Glamour, maybe also some current events types like People or Macleans.

5. Best summer concert you've been to?
Taylor Swift! The only concert I've been to in the summer, actually..lol

I haven't blogged in 22 days! :( Sorry!  Life has been a little busy lately, but I'm here to give you some updates.

Remember how I went for a huge exam in March? Well I PASSED! I was honestly never so scared in my life to open a piece of mail, but I took a deep breath and ripped it open and there it was.. "we are please to inform you...." blah blah blah. SO HAPPY. This means that I will get back the $900 it cost me to do it, which feels like found money. This also means that I have completed all the requirements to become a licensed pharmacy technician in the province of Ontario! All that's left is some boring paperwork to apply for my license.

This also happened to coincide with me getting a $2 raise at work. Oddly enough it had nothing to do with me passing the exam but instead was the result of my accumulation of hours.

I'm still hunting for an apartment which is coming along quite slowly...the good thing is that since I still live at home I don't really have a deadline, although I would like to be out by summers end. I did look at one so far which was supposed to be a basement "apartment" but was really just a basement...with a fridge. lol. Not what I had in mind! I am planning to go see another one hopefully this weekend that looks very promising. I have emailed back and forth with the homeowner a few times, but they were going out of the country and wont be back until this weekend.

For the Victoria Day weekend I ended up going out partying two nights in a row, which I never do! On the Saturday I actually went to a party with an old friend I haven't seen in awhile. It was out in the country and we camped out in her tent. I haven't slept in a tent since I was a kid! So that was interesting. Then on the Sunday I just hung out with a bunch of coworkers at a bonfire at one guys house. It was really fun and they are a great group of people. This past weekend I went to a stag and doe for a guy from work. I went with 3 other girls from work and had a blast! Some of the girls I hadn't really hung out with before so it was cool to get to know them more. We had lots of drinks and some of them won prizes (not me though) and afterwards we went to the bar. It was really fun and hopefully the 4 of us will do it again sometime soon!

This morning I went to the eye doctors. I was kinda worried that my eyes had gotten much worse but he said I have really healthy eyes and my script only needed to change very slightly. I can't wait to get new glasses as I have had these ones for about 3 years now and need a change! They are also pretty heavy and I want something lighter. I also plan to get prescription sunglasses which I have never had before. Usually I either: 1. wear sunglasses and don't see as well or 2. Just wear normal glasses and get blinded by the light. So I can't wait!

So that's what's been happening with me lately...just working a lot, trying to save for moving out ( up to $3276 now) and watching Criminal Minds on DVD (on season 6).

Get The Most Benefits From Rewards Credit Cards

The following is a guest post by Gary P. from LowestRates.ca

In Canada, there are dozens of credit cards that offer rewards in the form of cashback, travel points, or through the new service Plastiq – as reported by LowestRates.ca – the chance to pay taxes.  There are dozens of potential benefits available by using a rewards credit card, and the opportunity to delay paying money to the government is always a handsome reward.
However, not all credit cards include rewards benefits, and if you’re interested in getting something back for charging your purchases, you should consider acquiring a rewards credit card.  Canada’s major banks offer dozens of credit cards and many do carry rewards, but you shouldn’t necessarily stick with your typical bank for a new card.  Banks rely on customers who are afraid to take their business to an institution other than their longtime bank, and as a result, people don’t realize that they have other, more affordable options.
Thanks to technology, you can find the best credit card offers from some of Canada’s leading providers.  There are now online comparison sites like LowestRates.ca that help you compare various cards, credit limits, rewards, and interest rates all in one place.  This way, you save plenty of time finding the right credit card for your unique needs, and translate that saved time into lower payments and higher rewards.
The online comparison is a valuable service because it helps people select the best credit card without outside interference.  All too often, people are pressured by banks and creditors into accepting policies and interest rates that the institutions deem fair and affordable, which don’t necessarily reflect the personal needs of the credit card applicant.  Credit card comparison sites put the control back in the hands of the applicant, and helps people find the greatest rewards at the lowest cost.
The evolution of technology over time offers Canadians new rewards and benefits for their credit cards.  The ability to pay taxes through Plastiq and comparing all credit card offers in one convenient location are the latest in a line of improvements for hard working citizens to live comfortably by paying less money.

Blog Every Day In May: Day 8

Day 8:
A piece of advice you have for others

I know its going to sound so cliché but my piece of advice is to try to find a job/career you enjoy. Notice I said try because not everyone does. I have a career that I enjoy, and I feel that I am lucky, because I was only 22 when I had it figured out. Some people go their whole life, and never really find that. You know that saying that goes something like "Find something you love and you will never work a day in your life?" Personally, I think it's exaggerated.

I'll tell you why I love my job. And I'm not going to give some goody two shoes answer like "I love helping people" or "I'm serving my community" or some crap like that. The reason I love my job is that  it's never boring. Even though, it is fairly repetitive in a way, in another way its not at all.

There is always something to do and new people to meet. We constantly have new students joining our team, working for us for a few months and then they leave, and new ones come in. There's always some crazy customer giving me attitude which makes for a good laugh after the fact. There's always new drugs coming onto the market to learn about. And just when you think you've seen it all, you haven't. It's challenging enough to keep my on my toes, but not so much that I find it difficult.

I'm not saying its all rainbows and butterflies every day. I don't love it every day, all day. It's very stressful, and sometimes I'm just counting down the minutes. But there is usually at least one moment in each day when it hits me that I love it. And there are some days when I realized it's time to go home and I think "already?!" And yeah, sometimes I don't feel like getting out of bed and going to work. But I never dread it, and sometimes I even look forward to it.

And the reason why I think it's so important to find a job you love? Simple math.

You spend most of your waking hours at work. Might as well be spending it somewhere you don't mind being, instead of somewhere you hate.

Blog Every Day In May: Day 7

Day7
The Thing(s) You're Most Afraid of:

-you know that show "I didn't know I was pregnant?" yeah. that.

-right now I'm afraid of not finding a place of my own in the time that I want to move out. I mean, I don't have to rush, but I want to get out. 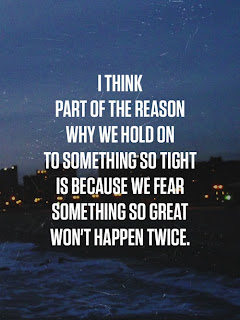 -this quote here sums of a big fear of mine. Basically I'm afraid I will never find love again :(

Blog Every Day In May: Day 6

Day 6:
If you couldn't answer with your job, how would you answer the question "What do you do?" 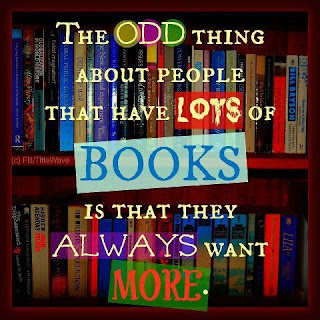 - I go for walks ( preferably along the lake)

- I watch crime shows. Most importantly, I watch Castle like its my job. 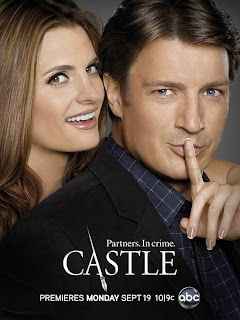 - I love going out to eat, its one of my favourite things to do because there is nothing better than good friends and good food.

- I thrift. I love the feeling of finding a great brand name item for a super low price, or seeing a book that I've been meaning to read for a long time. 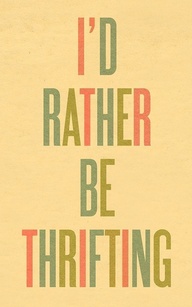 Blog Every Day in May: Day 5

Day 5:
Publicly profess your love for one of your blogger friends.

Ok...so I wouldn't say I have any blogger "friends" per say because I don't really talk to any fellow bloggers on Facebook or anything so I'm just going to pick a blog that I really like.

Chocolate Covered Katie
If you guys haven't heard of her, well she is pretty awesome. She has a ton of recipes (mostly desserts) and some of them use super healthy ingredients that you would never guess are in it. And the best part is she gives you the nutritional information :D

I haven't tried that many of her recipes yet but I have made the Deep Dish Cookie Pie. It turned out amazing! It was super delicious, and I got lots of people to try it without telling them what was in it and everyone liked it and could never guess that it was made with chickpeas! And I don't even LIKE chickpeas!

Here's a couple more recipes I plan on trying out sometime: 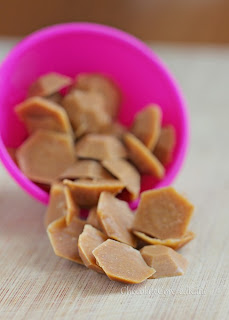 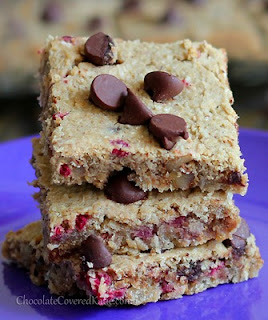 hklover86
I'm a twenty something Canadian girl who is trying to find a balance between spending and saving. I'm half Portuguese and I am learning more every day about what that means for me. Here are some things I believe in: reading as much as possible, finding a reason to laugh no matter what, and red lipstick for all occasions. Join me on my journey to find independence, happiness and my purpose in this world.

Interested in advertising on my blog? Email me at mymoneyjourney@gmail.com for more info!